Liuyang City Media Centre February 22 morning, at Liuyang Goalong Liquor Distillery Co., Ltd , Mr. Gao , Chairman of the Board of Directors, conducted an interview.  "I am deeply honoured and responsible to perform my duties as a CPPCC member for the first time!" Mr. Gao could not hide his excitement when talking about the upcoming municipal "two sessions".

Goalong Liquor Distillery signed a contract to settle in two Oriented Industrial Park of Liuyang city in 2017, and the first phase of the project is now in full production, achieving sales of nearly 100 million yuan in 2021, and the company plans to start the construction of the second phase of the project this year.

"In 2021, the Liuyang CPPCC sub-district set up a CPPCC members' practice station to further promote members' communication and participation in practice." Mr. Gao said ،he was involved in the practice station on industrial integration to boost rural revitalisation, where people discussed topics such as rural revitalisation and industrial development, which was close to the development reality of two Oriented Industrial Park of Liuyang city and surrounding townships, and also promoted CPPCC members to better perform their duties.

As an entrepreneur and businessman, Mr. Gao is very concerned about the common needs in development. "Based on the development of Goalong Liquor, I have been very concerned about the sewage disposal station." Mr. Gao said, for this reason he visited some enterprises in the park and the surrounding villages and groups many times, and formed his thoughts and ideas into a written proposal, which was submitted at the "two sessions" of the city. 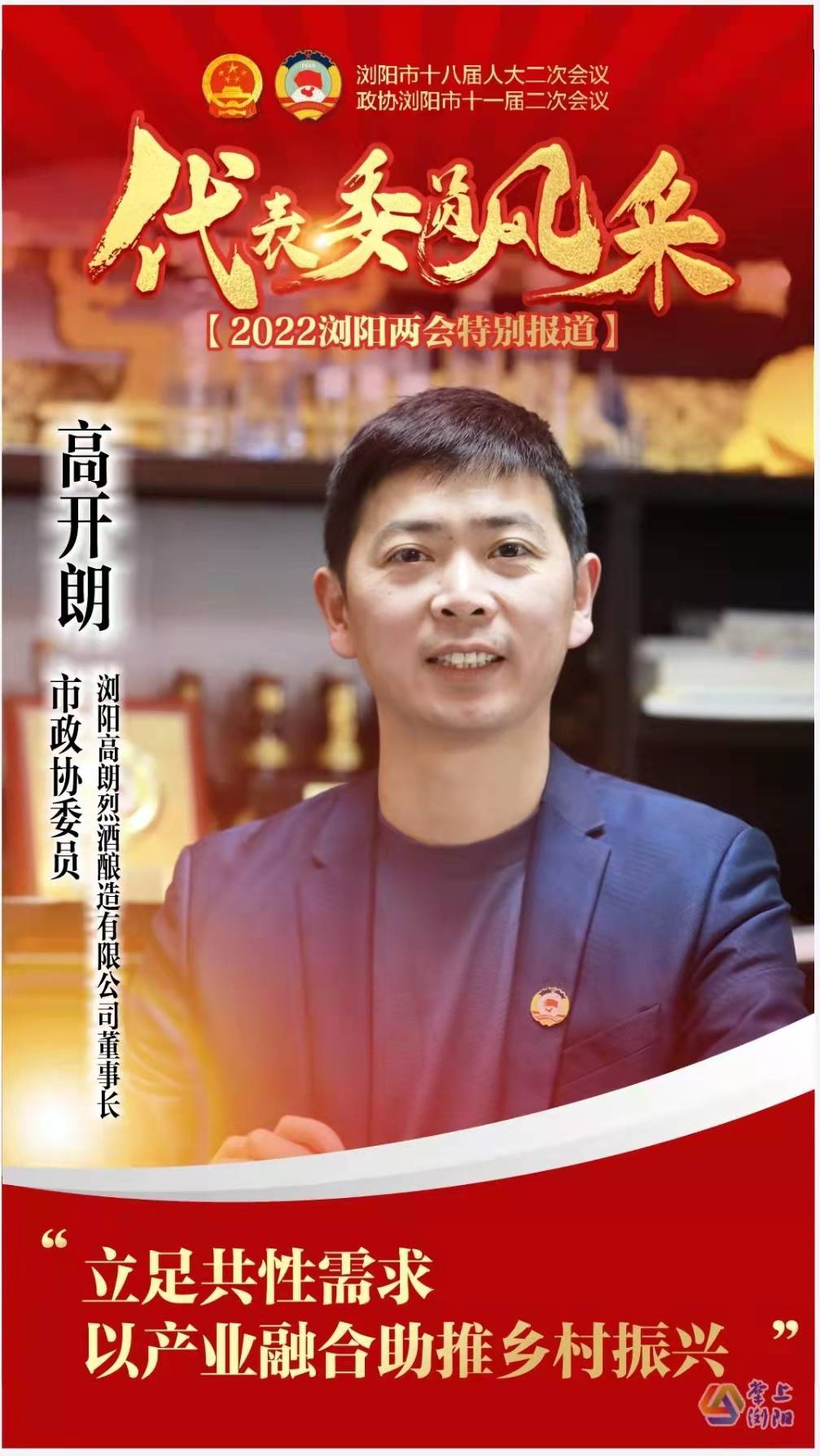